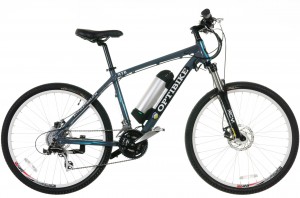 One note of caution if you ride an electric bicycle is to determine if your automobile insurance will cover you in an accident. This will vary by insurance company and state. Electric bikes are relatively new and many companies do not have clear policies in place yet for them. Call you insurance company to find out.

What are you looking for in your next electric bike? We have everything from electric mountain bikes to long distance commuter e-bikes. Check out our full list of e bike models here, and get started on your next adventure with an Optibike.