Sustainable Transportation Conference and The Future of E-Bikes

This past Friday I presented at the First Innovations in Sustainable Transportation Conference in Broomfield Colorado, presented by the Aster Foundation. My topic was Electric Bikes 2020. This was a very interesting conference, as it dealt with innovative ways of transportation  for the future. The main premise, is that the way were are doing things will not continue to work, as the population of the world increases and the available resources and land become more limited. Former Boulder Mayor, Will Toor, who now heads the Southwest Energy Efficiency Project, said that working with governments is slow and that governments are slow to embrace new technologies, even the progressive Boulder Government! 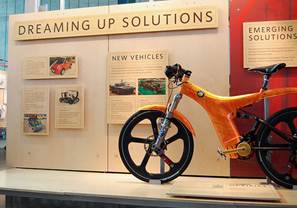 paint job. Fox News showed up at the end of the day and took lots of footage of the bike. One of my main points about electric bikes, is they can be more than the last mile of service after mass transit. It is possible to do your whole commute on an e bike, and not need the mass transit. Electric bike sales will increase by over 17 million units a year  by 2018. Electric bikes are on a tear!

Here are a few interesting highlights from the conference:

Bill James of JPPODS, spoke about how the monopoly of the Federal Government was getting in  the way of entrepreneurs who wanted to make new mass personal  transport. The government holds the key to all the right of ways and will not allow alternatives. He likened this to how there was a monopoly of the phone system for a 100 years until MCI sued the government in 1982 and won the opening of competition. This allowed the flourishing of the  communication we have today in cell phones and multiple phone companies, with the huge reduction  in cost, while service has increased exponentially. While a car costs on the average of $.55 per mile to drive, some of the personal mass transit systems presented  had prices of only $.06.

Most of the systems displayed used elevated transport, where the transportation modules are suspended. Some use tracks and others sue forms of cables. The reason for this is so they can go next to existing roads in the utility right of way, where the current phone and power poles are. They do not require huge amounts  of land and are quick and easy to implement. While the US has been slow to embrace these systems, there are many in service in other countries today. 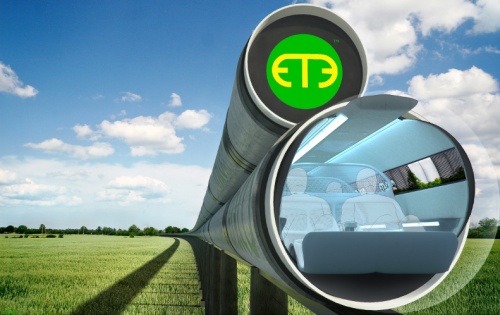 An interesting technology, that Tesla Founder Elon Musk popularized recently is Evacuated Tube Transport. Daryl Oster of ET3 Systems, spoke about their concepts. This system offers amazing benefits as small “PODS” ride in a tube that has the air evacuated. By removing the air, air resistance is removed and the energy to travel at high speeds is greatly reduced. These systems cost ¼ the price of a freeway and can travel at 375 MPH.

Elementary school science teacher, Clyde Mann, spoke on the Day Innovation he created. He is striving to make the need forms of transportation part of the lexicon of the youth of today, so they will be ready to implement the future.

This conference proves that the face of transportation as we know it today is changing and evolving to become sustainable. If you’re interested in learning more about sustainable transportation with the best electric bicycle on the market, contact OptiBike at (303) 443.0932. And follow us on Facebook and Twitter to see what’s new at OptiBike.