What To Look For In An Electric Bike: Advances in Battery Technology

Today, our focus is on the one piece of equipment that now allows modern electric bikes to ride circles around those of the past; the battery.

Whether for weight loss, keeping fit, commuting or fun and adventure, electric bicycles (e-bikes) have seen a recent surge in popularity. The days of strapping a heavy and noisy  motor to the rear wheel with a conversion kit are well behind us. The best electric bikes today are true works of engineering art.

Modern technology combined with precision components  allow e bikes  to cruise for much longer distances at higher speeds.  If you’re in the market for a new e-bike, or simply want to learn more, you’re in the right place.

Here at Optibike, we design and manufacture the best electric bikes, and this is part of a blog series based on founder Jim Turner’s Electric Bike Book to help you learn what to look for in a motorized bike. Our first two installments introduced the reader to types of e-bikes, initial purchasing considerations and bicycle motor drives, today we talk about batteries.

The key to any electric bicycle is the battery and how much energy it can hold. An e-bike needs a battery with a high energy  capacity to go far.

In the past decade, electric bike batteries have advanced significantly. While an E bike lead acid battery of a decade ago weighed 34 pounds, the same energy lithium battery today weighs only 6 pounds and is 1/3 the size. This reduction in weight and size, lets modern Ebikes be lighter and travel further.

In the past most electric bikes used lead acid batteries. These batteries were very heavy and bulky. Next came Nickel Metal Hydride batteries. These were a big improvement over lead acid. They weighed about half a lead acid and had half the size. Now, most e bikes use Lithium Ion batteries. These lithium batteries are a giant leap forward, as the weight and size shrunk another 50%. What a change in a few years.

One major confusion many people have is between energy and power. The amount of energy in a battery, is similar to the size of the gas tank in a car. The power of a battery is like the horsepower of the car engine. You need energy to go the distance and power to accelerate.

A good electric bike needs a balance between energy and power. If the battery can deliver lots of  power, but has low energy density,  it will not travel far.  Energy is measured in watt-hrs and power in watts. So you can see that energy is Power (watts) for a period of time, hence watt-hrs. 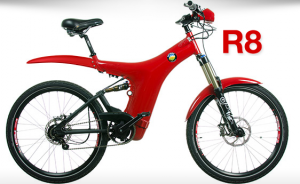 Today, there are two main types of lithium battery chemistry.

2. Lithium Phosphate used on some hybrids and other e bikes with hub motors. 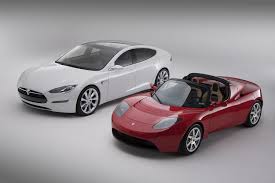 Lithium Phosphate batteries have the ability to produce lots of power, so they are good in hybrid cars, but deliver less range in an electric bike. Many hub motors use Lithium Phosphate batteries, to deliverer the current needed to accelerate and ride up hills. They are then limited in range. Due to the efficiency of the Optibike Motorized Bottom Bracket drive system, Optibike can use the higher energy Lithium Ion batteries and travel twice as far.

The overall energy  rating in Wh of a battery is the biggest factor in determining range, but only if a handful of other factors are held equal. How well a battery performs in terms of range is ultimately determined by other conditions as well , and these should be brought into the buying decision fold:

In addition to considerations based on type of e-bike, intended use, motor drive and battery type, there are still other influences factoring into a purchasing decision. We’ll detail these in Optibike’s continuing blog series helping you with what to look for in an electric bike. Want to learn even more? Jim Turner, Founder and President at Optibike, has authored an informative and entertaining look at the rapidly expanding world of electric bicycles. Get your free copy of the eBook today.

Basics of an Electric Mountain Bike

What is Torque in an Electric Bike?